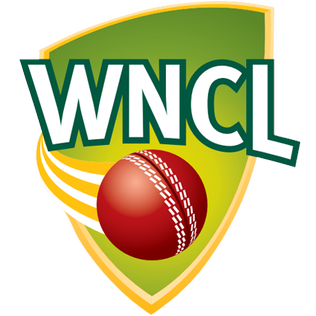 The Women's National Cricket League (WNCL) is the national domestic 50-over competition for women's cricket in Australia. Featuring seven teams—one from every state, plus the Australian Capital Territory—each season's winner is awarded the Ruth Preddy Cup. New South Wales have historically dominated the competition, appearing in the first 24 title deciders and winning 20 championships. The streak of final appearances was broken in the 2020–21 season when they finished in fourth place. Tasmania are the current champions.

Beginning in 1996–97, the WNCL replaced the Australian Women's Cricket Championships which had taken place in a two-week tournament format since 1930–31. In conjunction with its Twenty20 counterparts—the more recently established Australian Women's Twenty20 Cup and its high-profile successor, the Women's Big Bash League (WBBL)—the league is cited as a bedrock foundation for developing the standard of women's cricket in the country, helping to produce world-class talent as well as attracting top international players. In particular, it is considered a crucial platform for Australia's finest young cricketers to further develop their skills and strive for national team selection.

The WNCL has experienced a rising level of professionalism since its inception, though the most notable breakthrough occurred in 2017 when the Australian Cricketers' Association negotiated a watershed deal with Cricket Australia to expand the total female payment pool from $7.5 million to $55.2 million.