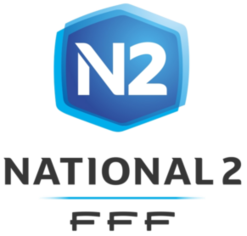 The Championnat de France amateur was initially founded by the French Football Federation in 1927 and was composed of the regional amateur league champions. The league served as the first division of French football until 1929 before the league was converted to the professional league that exists today in 1932. The current incarnation of the league is a simple rebrand of the CFA, which was founded in 1993 as National 2 and lasted for five years before being converted to the CFA name in 1998 and the National 2 name in 2017. Some clubs that participate in the league are semi-professional. The matches in the league attract on average between 800 and 1,000 spectators per match. However, this average is dragged down by the minuscule turnouts for the pros' home reserve matches.

The amateur championship of France was created in 1993 under the name National 2 as an heir to the now-defunct Division 3. The league's debut coincided with the creation of the Championnat National, the third division of French football, which is commonly known as National. For the first three years of the competition, an amateur champion was crowned in France regardless of whether the club was amateur or a reserve team. In 1998, the French Football Federation changed the competition's format creating two separate tables; one for the amateur clubs and another for the reserve teams of professional clubs. The dual tables allowed the league to declare a champion for the amateurs and the reserves with four team tournaments being held following the conclusion of league play to determine the champions. At the same time the competition was renamed Championnat de France Amateur (CFA). In 2001, the federation ended this style and reverted to the original format allowing both the amateur clubs and reserve teams to be grouped together based on their regional location. The winner of each group would then earn promotion to the Championnat National, unless the club is a reserve team. Meanwhile, the reserve teams continued to use the previous format with the best reserve teams of each group being inserted into a tournament to decide the reserves' champion.