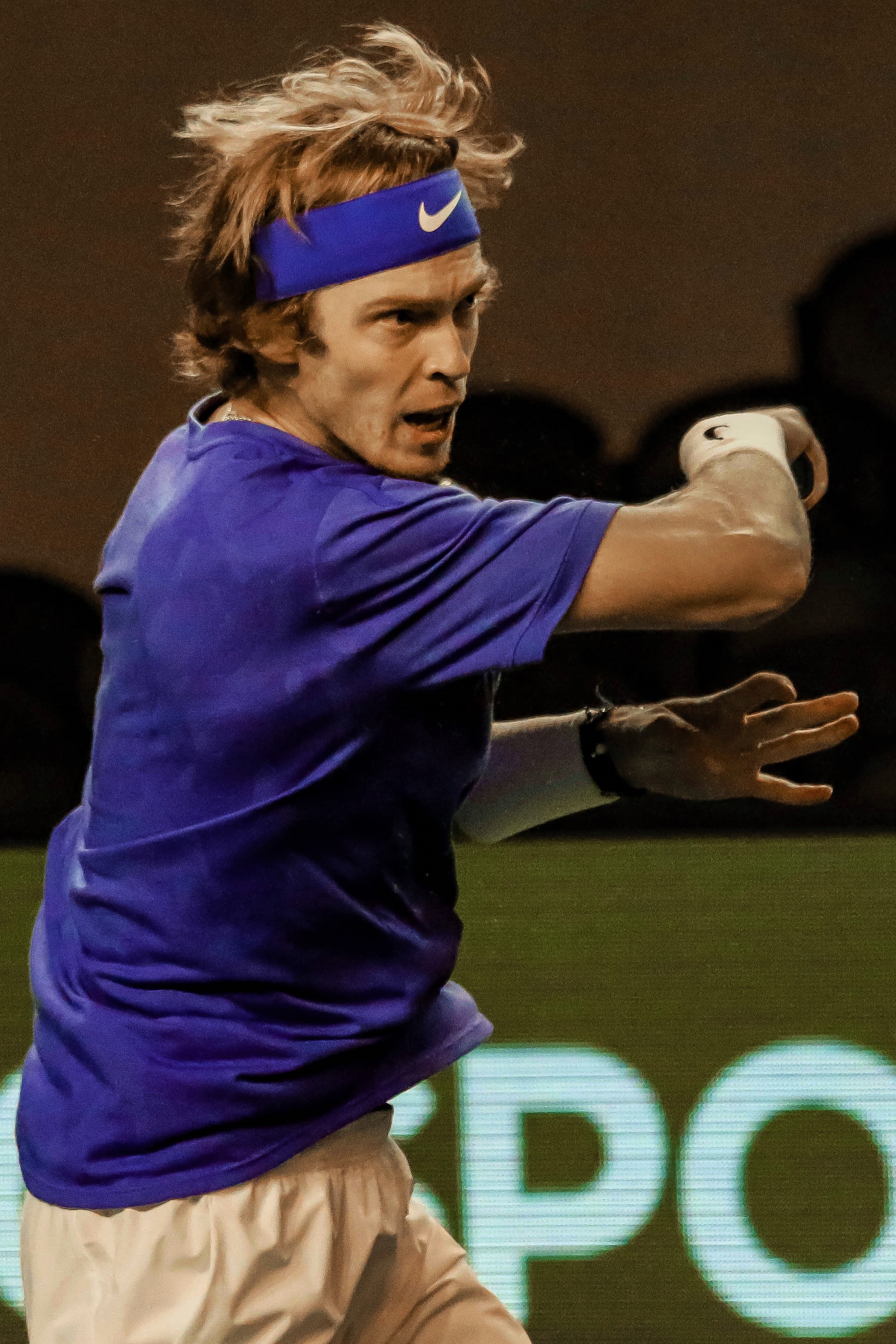 Andrey Andreyevich Rublev (Russian: Андрей Андреевич Рублёв; born 20 October 1997) is a Russian professional tennis player. He has been ranked as high as world No. 5 in singles by the Association of Tennis Professionals (ATP), which he first achieved in September 2021. Rublev has won 11 ATP Tour singles titles. He has a career-high doubles ranking of No. 59, achieved on 18 October 2021. He has won three doubles titles and is an Olympic gold medalist, winning the mixed doubles title at the 2020 Summer Olympics with Anastasia Pavlyuchenkova.

In his junior career, Rublev won the 2014 French Open singles title, defeating Jaume Munar in the final. He won the bronze medal in singles and the silver in doubles at the 2014 Summer Youth Olympics in Nanjing.

Rublev broke into the top 10 of the ATP Tour in October 2020. He has reached the quarterfinals of the Australian, French and US Opens, and was part of the successful Russian Davis Cup team in 2021. He won his first doubles title at the 2015 Kremlin Cup with Dmitry Tursunov, and among his singles titles are home victories in Moscow and St. Petersburg.