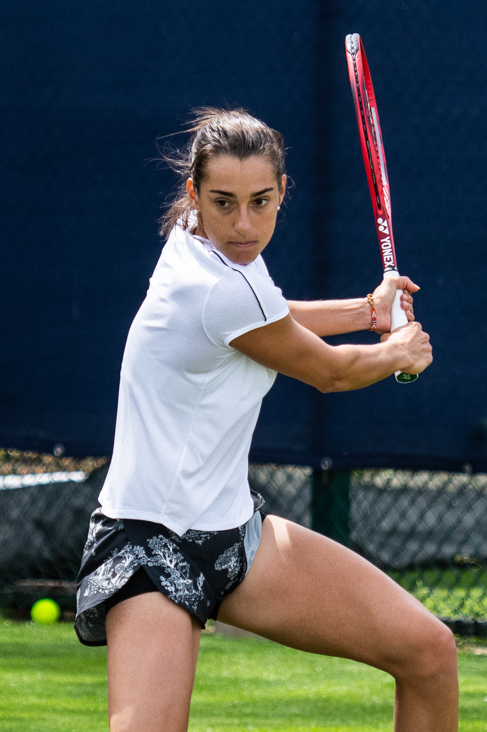 Caroline Garcia (French pronunciation: ​[kaʁɔlin ɡaʁsja], born 16 October 1993) is a French professional tennis player who has been ranked in the top 5 in both singles and doubles.

She is a two-time Grand Slam champion, having won the French Open women's doubles title in both 2016 and 2022 alongside compatriot Kristina Mladenovic. The pair were also runners-up at the 2016 US Open, and reached the semifinals at the 2017 Australian Open. Garcia reached her career-high doubles ranking of world No. 2 in October 2016, and has won seven doubles titles on the WTA Tour, including the 2016 Madrid Open. She has also qualified for the WTA Finals on two occasions, and Garcia and Mladenovic were the 2016 WTA Doubles Team of the Year.

She is also a successful singles player, and achieved her best major result at the 2017 French Open, reaching the quarterfinals. Garcia has won eight WTA singles titles, most notably becoming the first player to win both the Wuhan Open and China Open in the same year in 2017. She achieved her highest singles ranking of world No. 4 in September 2018, and reached the semifinals at the 2017 WTA Finals.

Garcia has represented France in the Billie Jean King Cup since 2013, and was part of the team which won the competition in 2019, also winning a Fed Cup Heart Award in 2016 for her role in leading France to its first final since 2005. She has also competed at the Olympic Games on two occasions.